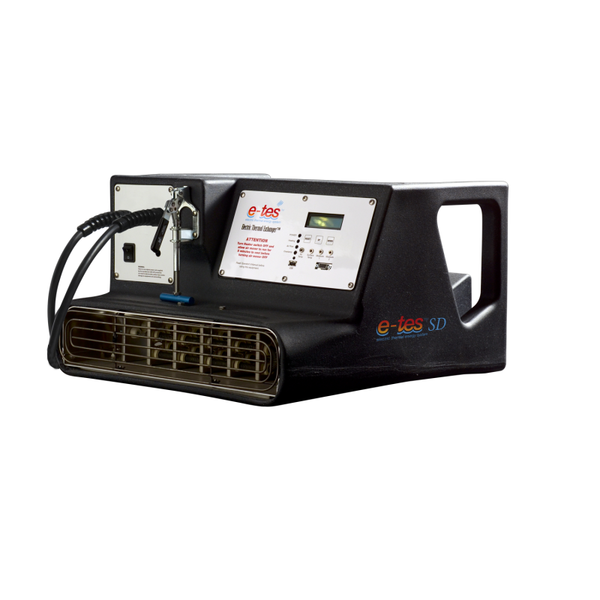 Directed Heat Drying™ is a precise science-based method of heating water. Every 18 degree temperature increase in water doubles its vapor pressure and dramatically increases evaporation. E-TES Smart Dry (SD) is the perfect tool to raise water temperature, increasing evaporation. E-TES is effective on jobs that target specific problem areas, and it can be used as a compliment to conventional drying.

All of these features come standard on the E-TES SD Low-Profile:

Available in a 240 volt version.

OCTOBER 28, 2019 – Aramsco, Inc. (d/b/a Bridgewater) announced today that the company has discontinued its support for ETES 120 V models MB1202 and MB120SD. Replacement parts and firmware updates for these products are no longer available. Bridgewater previously announced that versions of these products manufactured between August 2008 and May 2012 may pose a risk of an electrical hazard that could potentially result in smoke or fire. Customers should immediately stop using the products with serial numbers identified below.

Potential Risk: Operation of these units could overload the wiring on the internal circuit causing excess heat that could potentially result in smoke or fire.

Potential Risk: Firmware in these units may not trigger the machine to shut off equipment if certain internal temperatures are reached. If these units are operated incorrectly without correct exhaust control or external sensors in an enclosed space, the ambient temperature in the unit could exceed the wire temperature rating potentially causing smoke or fire within the unit.